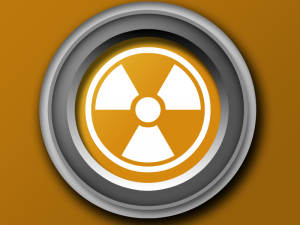 Fallout Studios, previously E-Studios and C&C Reneclips before that, is a community that focuses on game modding, game development and also to some extent gaming in general. Originally a Command & Conquer news website with a community forum, it has grown to host a user base of many thousands, with a core group of several hundred members regularly visiting the site. Fallout Studios is hosted on Nagini, a server that also hosts similar sites such as Revora, Project Perfect Mod and CNCNZ.

Fallout Studios started out as a small Command & Conquer news site in 2002, started and initially run only by Chrizz. Mostly because of the growing popularity of ShockWave, one of its hosted projects, the amount of visitors grew steadily. The forums were also restructured several times, with new forums being added and old forums being merged or removed. The original C&C Reneclips was never formally renamed to E-Studios, as the use of the name E-Studios only slowly grew more common, the original name eventually remaining in some old relics only such as the website's URL. However, as Chrizz stated that he owned the rights to the E-Studios name, E-Studios was officially renamed Fallout Studios on 1 October 2008. The renaming was turned into a large event dubbed Ground Zero.