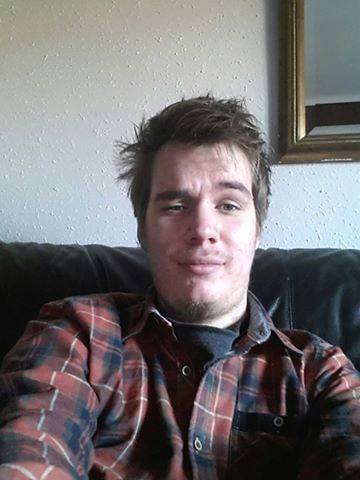 The Free man of the wild

On January 2019, Creepy must be a non-casual Path of Exile player either by having an build guide or other shit. On 12. September Creepy completed his build guide.

Rainer "CreepyMoto" Leit ( Kuressaare,Saaremaa , 5th July 1994 ) is Co-Founder of Humble Gaming . He was born in Kuressaare,Saaremaa on the 5th July of 1994 with exeptionally large ego penis. Rainer lived most of his life ( Fourteen years ) where he was born untill the family decided to move to Finland where he now resides as of 2008.

In 2001 Rainer acquired his first PC which was an IBM with 64MB Ram and 10GB hard drive , the Graphics card by now is unknown and probably was integrated if not massive. From there he started playing games such as Duke Nukem which was not meant for kids but what games are meant for kids nowadays ? and Doom. There was also other games such as driving "simulator" which also worked on Windows 3.1. The IBM was running on Windows Millenium which is described best as a mistake similar to Vista. Later down the road before a new setup he also played Wolfenstein Enemy Territory quite frequently.

In around 2006-07 he got a better computer from a family friend. This was not as good as one would expect but for me it was decent.

These are the only specs he could find about it because by now its in pieces.

At this point Rainer also started playing San Andreas Multiplayer with a community called Team-DRD. Since Drag (Raisum) invited me to play , he managed to make a "admin" application and rise up the ranks quite fast. Fast forward few years , the community broke down and then reconstructed. He became the "Co-Founder" of DRD , he was supposed to run the community , help with design , with ingame adminning and design. When he was this high up the community became restless of him having fun and inviting others to have fun with what you could say "Hack Flying" and "Supermanism". They voted him out. He regained the position after one of the replacements started abusing power on people who did not like it one bit. But then left because what he realized about the community is that alot of Whiny kids and ego filled personalities had taken up roles in higher than just a player role.

Fast forward to 2012 December. He managed to buy himself a new laptop with the Goverment grant for studying in a secondary school. The laptop was much better for gaming than previous PC. The Laptop was a Asus N73S ( http://www.asus.com/Notebooks_Ultrabooks/N73SV/ ) which was advertised as a "Media" Laptop but for an laptop I7 it had much more to offer.

At this point of time Vision came to him with the help of Raisum who connected us again in our third era , thinking about starting up a actual community. And thus they started the journey which will last a life time.

Not yet over 9000 but bloody close to it. In 2014 December/November , Rainer ordered the parts for his new PC and now this is the primary computer that he uses.

The plan with this setup is to get another Acer H236HLbid and possibly change out the half a decade old speakers ( Defender 2.1 )