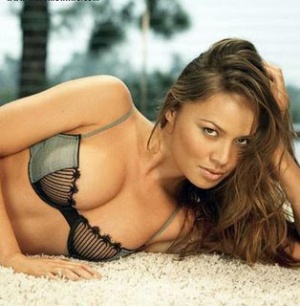 The early life of an angel

Teddy was not born, but was molded from the tears of each and every of the 266 Popes. This explains why he is the most just and fair of all in the Humble Gaming Community. Though a controversial and undeserved VAC ban seems to suggest otherwise; he really is the perfect gamer.

In the years following his birth he accomplished many miracles:

People came from far and wide to just lay their eyes upon the beautiful face of the child capable of performing such acts. This attention continued through schooling, great things were expected of him.

At the start of secondary school about the same time he turned 14, Teddy discovered Steam and online gaming. This really put a spanner in the works for the child prodigy, he could not both play online games with his friends and accomplish all the miracles he needed to make Earth a better place. Naturally he chose Steam and played religious amounts of Half Life 2: Deathmatch. Working his way up the ranks he became an admin on the most popular puzzle server, he betrayed this trust and was soon removed from his role. This a theme which often occurs in his life, being given power which is abused before having it taken away.

He fell into great depression as a result of this and considered many times whether life was really for him. He started not looking when crossing roads hoping that by accident he may be removed from the world. His questioning continued until one day he stumbled upon Civ V and Dota 2. One free with no DLC, the other the complete opposite. These games became his life, he worked tirelessly to improve; to become the best. Regardless of his hard work ethic, he still sucked donkey balls and was widely considered one of the worst players of all time. Creepymoto bullied him relentlessly refusing to play with him, refusing him the opportunity to get better.

After many days of rocking in a corner crying and singing 'I Need a Hero' by Bonnie Tyler his prayers were realised...

Arrival of his savior

And he's gotta be fast

And he's gotta be fresh from the fight

This song epitomises the feelings felt by Teddy when Vision came to his rescue. He was a gentle kind soul who looked past Teddys flaws of being shit at all games and still played with him anyway. They played Normal Dota 2 matches together slowly working up to the point where Mentor Vision felt Teddy was ready for ranked.

His first ranked game was a disaster, the fears of Creepymoto confirmed and the hopes of Vision crushed. He continued playing ranked, completing his calibration games to get his MMR. The news was expected, the game confirmed he was shit. The news of Teddy being in potato league surprised no one. With almost 400 hours now sunk into the game he remains in potato league and has given up on improving and instead just wants to have fun and troll.

He mainly eats and sleeps (raves repeats), but still has time for gaming. In between the sandwiches prepared by his lovely mother and making love with his bed, Teddy still is active playing Dota 2 and Civ V but also casual games such as Garry's Mod.